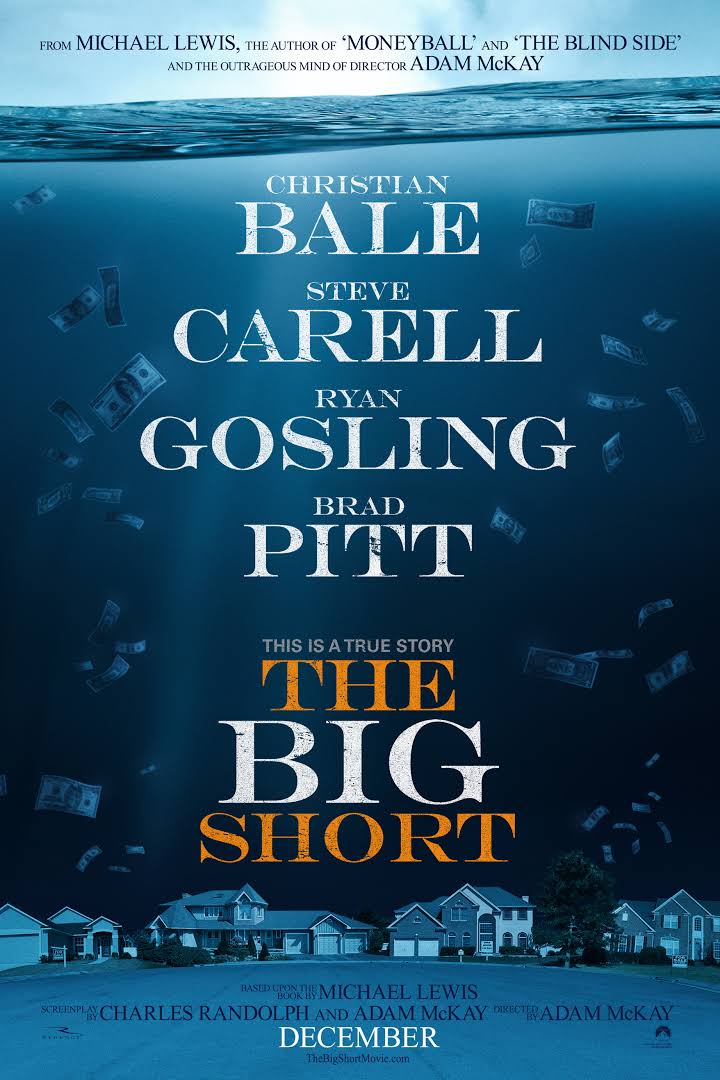 ‘The Big Short’ is entertaining, the script is fantastic and the acting is superb.

Christian Bale in particular can emote and adopt mannerisms with amazing attention to detail. In this he plays an ASD doctor of economics. Carell demonstrates his chops in a role not built on punchlines and bring endearing fury to his portrayal. Pitt is old man Pitt and Gosling is a douche but an engaging one.

The topic however, is not ok. If you don’t leave this film furious you weren’t paying attention. No matter how likable they work to make their protagonists the association with the great fuckup that was the GFC tarnishes them all. The seeming inevitability of an encore global financial meltdown within the next decade certainly leaves a sour taste in the mouth of the viewer.

And of course it fails Bechdel pretty spectacularly, all the women in this film are props. Some are and articulate and realised characters but they only converse with men or the camera.

Spent the day spraying woody weed regrowth on the farm with a backpack spray bottle. The job would be insufferably boring without a good audiobook. With it, it is merely very unpleasant work. The chemical being used is nasty but far from the worst on the market and we are taking appropriate safety precautions. Woody regrowth is a major economic risk to the farm because if the turpentine scrub is able to establish itself grazing ground cover all but disappears and because of land clearing legislation the woody weeds cannot be removed. It is very hot, very dull, backbreaking work made even more tedious by the cleanup which involves rinsing, filling and emptying by spray each backpack three times at the conclusion of work.

I was grateful to have a reason to stop, shower and go tutoring.

Nothing so far today and I am not long from bead but I have some work to do before then. I did make a fair bit of progress on the background of the castle card last night.

5 thoughts on “The Big Short and an Awful Job”