Packed lots and lots and lots of stuff. Boxes are towering in most rooms now. Still huge amounts to do, Including the gardens again tomorrow morning as the realtor is bringing people through. I was hoping to leave that job until later in the week so that I would only need to do it once.

Injured my right hand, not badly, removing removable picture hangers. The older 3M variety still take some paint with them, the newer ones seem to come of cleanly. But be warned they can be sling shoted very hard into your hand, as happened to me, drew blood and all. 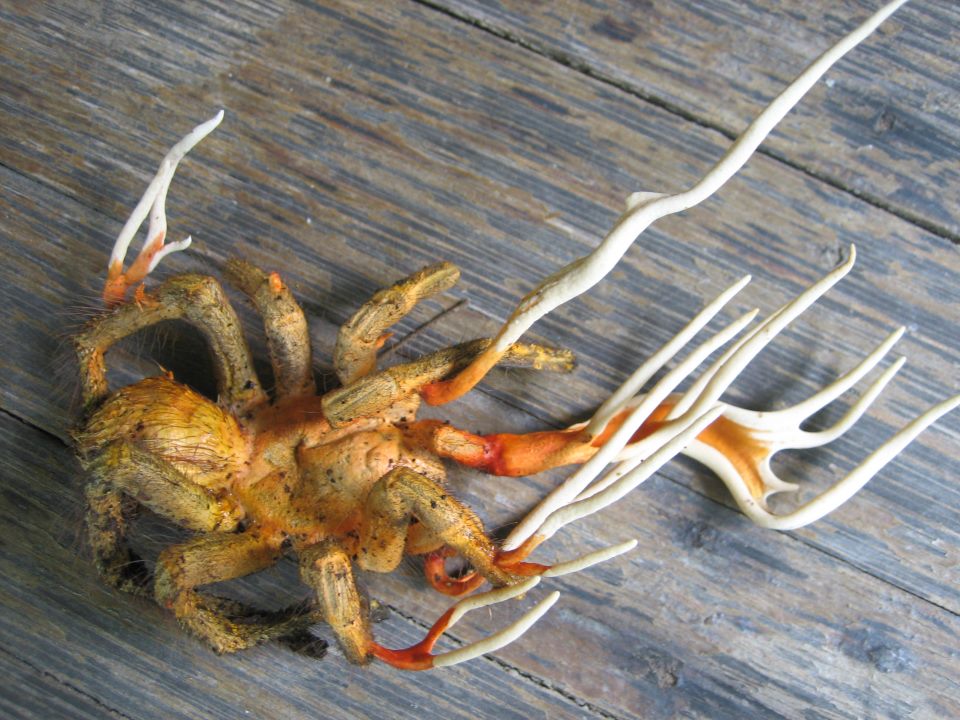 I recently finished “The Girl With All The Gifts” by Mike Carey. It was an entertaining read or in my case listen.
Gripping, intense action, morally challenging characters and occasionally heart rending decisions. It is a zombie novel with a difference not least for its well thought out use of the ‘Cordyceps‘ fungi. All in all it is a well realised portrait of humanity looking into the abyss of extinction.

The ending has repeated on me, even though I saw at least part of it coming, the characters are left in such a way that further contemplation of where they are headed and what world they will create is inevitable.

Cordyceps features as a zombie infection in the game ‘The Last of Us‘ which I haven’t played, it being exclusive to a system I don’t own.

Until tonight I did not know people willingly ate it, but of course they do.

The most interesting link I know about this fungi is from a rather old TED talk by Paul Stamets. In which after ten minutes of proselytising the wonders of mycelium he finally gets to the point and shows six pretty cool ways fungi can be used. One of which is the use of Cordyceps as an incredibly effective carpenter ant treatment. He demonstrates that in the non sporulating form the fungi is actually attractive to the ants as a food stuff and hypothesises that there is at least one species of Cordyceps for each species of insect on earth.