I now have two build videos of the build process of my ‘Zelda Wind Waker’ ‘Hero’s Bow’ live on my YouTube channel.

Part one here takes the project through from idea to a finished form.

and part two here takes the project through to painted completion and ultimately collapse and catistrophic failure.

I will persevere and rebuild or recreate this project on a sturdier and more flexible frame in short order. For now however I have chosen to pursue some other projects including tool making and tool restoration as well as finishing the arrows and quiver prior to reattempting the bow.

Zelda Wind Waker grabbed my imagination the very first time I saw it many, many years ago now on a Gamecube in somebody else’s lounge room. Now, by the power of modern computing, I have been sharing the joy and frustration of this adorable game with my sons. Intermittent play has gotten us almost to the end after a few months now.  I also now have two of three Zelda inspired projects complete and ready to share. The first is the newest one, Link’s boomerang (the protagonist is Link, Zelda is the eponymous princess). This was given to F for Christmas and was designed specifically to be light enough for indoor play as outdoors it is very likely to end up in a tree or on the roof.

The second is this papercraft model of the Link’s boat the ‘King of Red Lions’ This took way longer than anticipated and is far from the perfection I envisioned. But it is at least done. I have shared a gallery of images here on imgur and in r/papercraft here.

At long last the final two build videos are up.  First the painting:

Then the part by part display and photo shoot:

Next project is simmering.

So it has been a while. Reporting season is always a hectic time and doubly so when dealing with unfamiliar systems. Anyway the bulk of that is past and we’ve had a productive and relaxing long weekend. Among the jobs completed which included much pruning of grape vines and ongoing tidying of papers, we have finally got out and done a photo shoot of the completed Sir Vader costume. Which although officially finished for at least two months hasn’t felt done in the absence of good photos and so progress on the build videos had lapsed as well. That has changed as two videos have gone up today, a third will upload overnight and the final will be completed during the week.

Then the sword, belt codpiece and scabbard”

The painting video is uploading but has hours yet to go and the last video showing detail, donning and shooting of the images is not yet complete.

N included watermarking in her fantastic images only at my insistence. More pics to come with the final videos.

Part six of the Sir Vader build video is up. Despite the best intentions we still haven’t gotten out to get some good shots of L in it.

Part seven and eight are being edited as one and should be done in coming days.

Hung the bird house in a tree.

My newly constructed #birdhouse installed in one of the white cedars in the backyard. #makeyourselfathome #avians Approx 4m high. #birds

Lots of rich discussion about the years ahead but no answers yet. Indulged myself with a game purchase. Like it’s predecessor Just Cause 2, part 3 is 100% pure mayhem. Better writing than a Michael Bay film though every bit as silly and explody and much more fun.

A lot of long days have left me with not much to say of an evening save a string of Z’s. Nevertheless lots of projects have come together over the weekend and the beginning of this week.

A set of three nested photography sitting boxes. To be used for portraiture in the studio N has just signed a three month lease on.

Assembled from scraps and painted with a stinky old enamel helpfully labeled ‘Stromboli’ found in the shed.

Puppets are taking over in my classroom. Yesterday I had a mixed group from various grades thanks to a sports day so we made free choice pin and paper puppets like this example which I whipped up in lunch. Today my class began making their own interpretations of the characters in the book we have been reading with the intention that they will then animate scenes from the story.

As noted on insta, we have denuded the entire town’s supply of split pins and I am now desperately hunting more.

I finished another segment of the costume build video. We didn’t make it out for a costume shoot over the weekend as I had hoped to do. Looking forward to this weekend though.

I desperately need to do away with the huge and unwieldy collection of clips that are clogging up my hard drives. Editing a gogo.

Fell in love with the art and concept of this game: 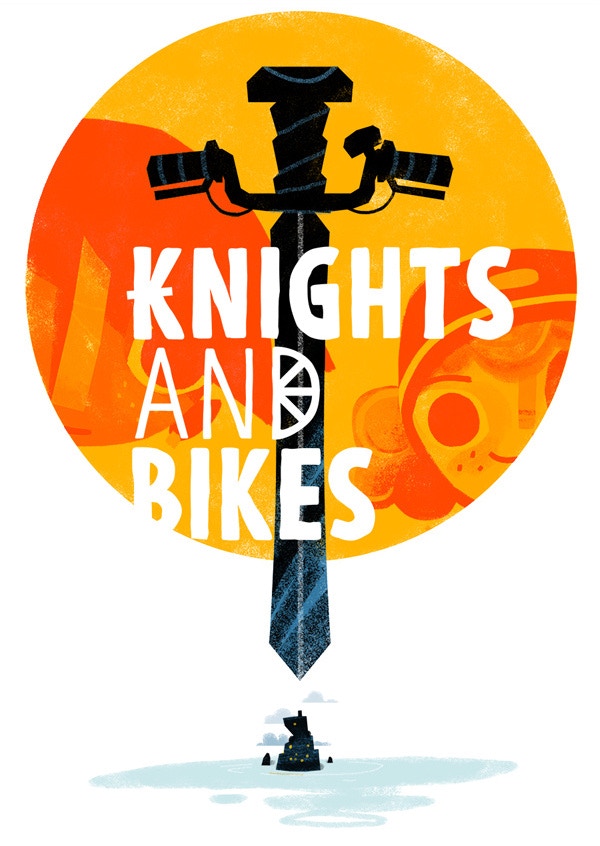 I am absolutely devastated that I missed the kickstarter (and associated loot) last year. Can’t hardly wait for release. 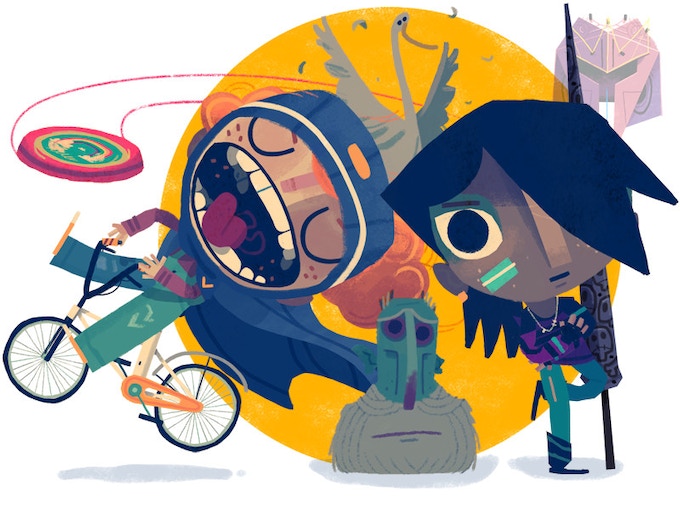 A visitor from the other side of the globe enlivened our weekend.

My good friend Nils, who is over from Berlin to see his partner, drove with her up from Melbourne. They stayed Friday and Saturday nights with us, availing themselves of our camping equipment to pitch tent in the garden for privacy and defense from early morning pounces by little boys. We took it pretty easy, lots of good conversation, rich food and late nights.

Printed him a pinhole camera:

#print complete. A #pinholecamera for a visiting friend. Torn up build plate responsible for the uneven top. #3dprint #3dprinted #3dprinting

I have requested sample images when such have been developed.

I have finally called build complete on the Sir Vader Costume.

I am hopeful of finding time to do a full dress photo shoot on or before the weekend. Getting ready to get started on the matching costume for F using what I have learned making this one.

I’ve also nearly completed the set of three photography sitting boxes for N’s soon to be studio, sanding and painting remain. At work I’ve been decluttering my storerooms and preparing to get an aquaponics system online.

Occasionally I love a good musical, not to often mind, and only if they aren’t too heavy on the soppy songs.

To me this film was beat perfect, a genuine unadulterated pleasure. The vibrant colours, the on point comic timing, the emotional maturity and the ever present set and prop homages to golden era greats. Musicals aren’t for everyone and a glace at the IMDB reviews reveals that even among the musical aficionados this is clearly a contentious film. I contend that it is worth your while, impressive, emotional and fun.

Not pictured, the white cotton gloves I was given at work to complete the look.

It was a hot day for it but there were some truly splendid costumes from the students for Theodor Seuss Geisel’s (Dr.Seuss’s) 113th birthday. In my class I had a couple of Green Eggs and Ham, 5 Things (3 ones, 1 two and a three), a One fish, and a Blue fish (Two fish and Red fish were in other classes), A fox in socks and a couple of cats in hats, including yours truly.

Other than the costumes and a special canteen lunch it was a pretty ordinary school day, but outlandish outfits certainly add colour and humour to even ordinary procedures.

Now to settle on what to dress up as for Simultaneous Story Time in May.

I discovered to my horror that my school doesn’t do book week. Then to my immediate relief the librarian told me that we do four book fairs a year and a dress up day for the simultaneous story time event in May.

To add further excitement this year another bookish celebration has been added to the calendar. It is the birthday of a certain well loved American cartoonist and storyteller tomorrow.

In consequence this evening I have been fighting with the sewing machine again to produce an altogether different kind of costume. Build complete, full dress run is tomorrow.

Editing part 5 at the moment and stewing on alterations to the weekly maths program as I work.

Of course I found my macro lens just days after purchasing a replacement, but I was glad of it today. My principal caught two baby browns on school property this morning. I took the opportunity to get some closeups of the deadly little buggers.

Principal (who is also the local herp) caught a pair of baby browns in the school yard this morning. Pseudonaja nuchalis they will be released safely outside of town #dangernoodle #snake #brownsnake #reptile