Another day with Kindergarten, two tutoring clients and a bed time battle. Cards aren’t going to paint themselves and I have a review I need to get down. Keeping it all brief so as to paint.

A few days since completing this series and thoughts have percolated some.

I enjoyed Mr.Robot a lot while watching but towards the end I did begin to get annoyed with some of it’s conceits. Predictability, endless cliff hangers and what I feel is an important lack of detail in how others perceive the characters and in consequences of their actions. 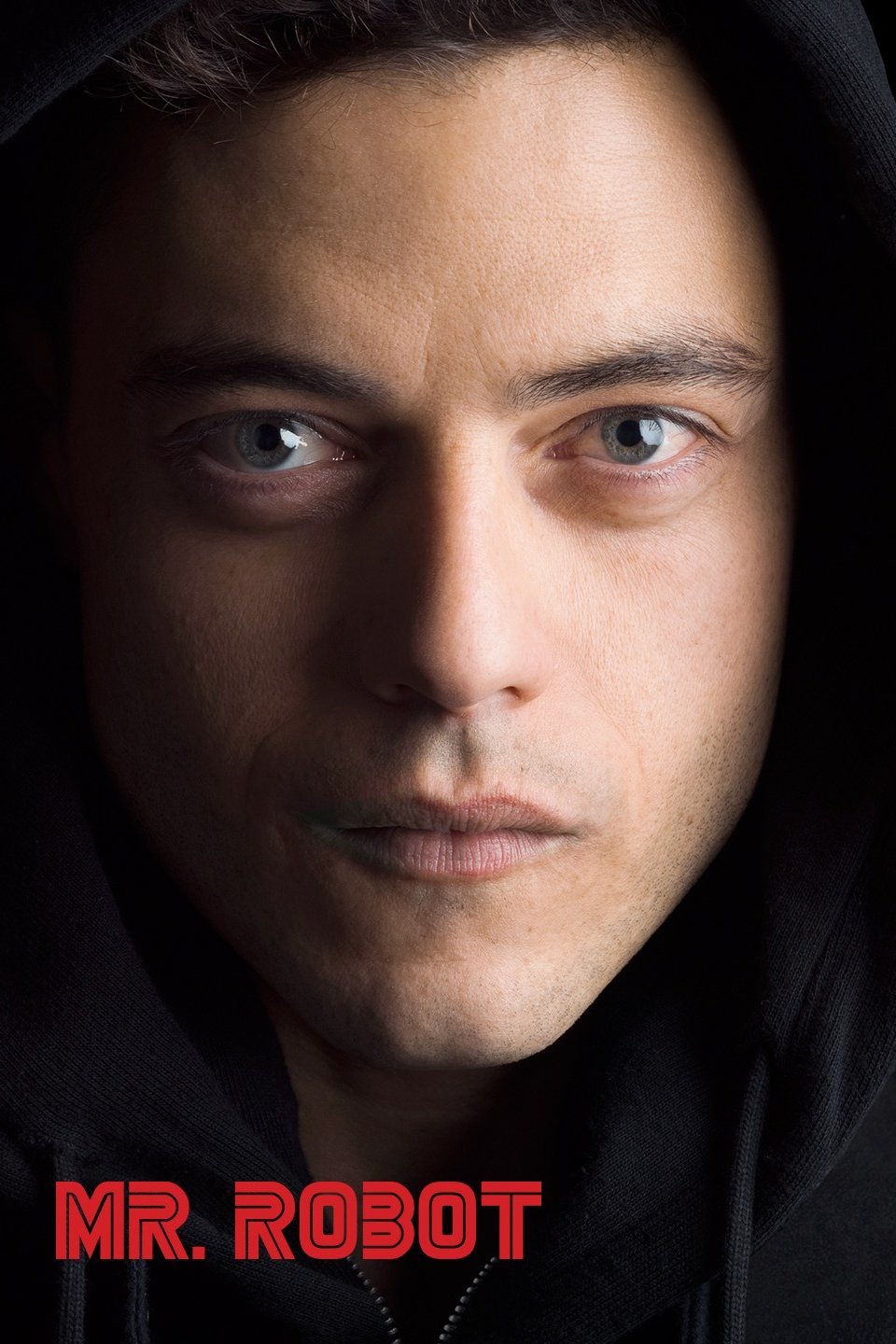 I struggled to place Rami Malek throughout and only now looking at his history do I realise I recognize him from ‘The Pacific‘. He is honestly perfect in this role, his unusual heavy lidded eyes and kind of deep reserve make him completely believable as this very peculiar, more than typically socially awkward hacker. The series hangs on his acting and he supports it with grace.

I wasn’t wrong in recognising a Tyler Durden character back after episode two. In fact the similarity to ‘Fight Club‘ runs a lot deeper than just Christian Slater’s character. The main plot line of destroying the world’s credit records is just one of the glaring similarities and I actually laughed out loud when they used this piano version of that Pixies song.

A simply excellent sound track throughout.

On the one hand I was really glad they went through with it and did the hack. On the other I don’t think they in any way effectively communicated the global nature of the unrest such an action would precipitate. Budgetary constraints aside they in no way begin to let on the shear chaos that such an action would inevitably bring on.

Christian Slater’s big speech disappointed me. Maybe it was that he is too recognizably him, not the role. Maybe it is that he so obviously apes part of his idol Jack Nicholson’s style. Maybe it was the script which at a crucial junction required an extremely moving and impactful diatribe and failed to nail it. Maybe he just wasn’t able to bring enough gravitas to the moment. No matter what the reason it was a let down. Not so much that I wont tune back in to season 2 immediately after the series finishes (week by week is for masochists). But a let down all the same, particularly given the pretty high standard of writing and performances throughout the rest of the season.

I’m keeping it as “highly recommended” with the caveat that it is really Fight Club fantasy for pacifist nerds.